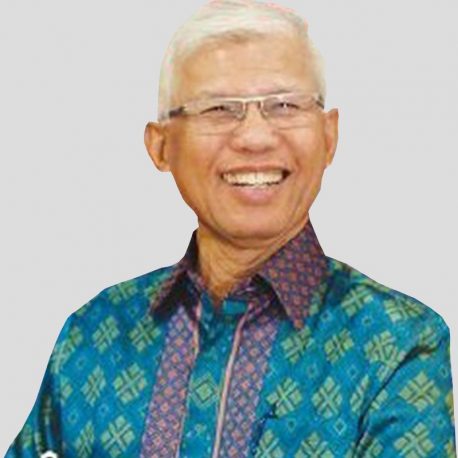 Adnan Ganto is known as a rare figure for being able to occupy the position of director and commissioner in a leading bank in the United States which is Morgan Bank. His position according to the Rector is a very prestigious position for an Asian, especially for the Acehnese. The next scarcity when Adnan was appointed advisor to the Ministry of Defense of the Republic Indonesia continued seven times in a row. This made Adnan a witness in important political events in the ea of Orde Baru and Reformasi. His decades of experience in the banking world, both in Indonesia, Asia Pacific, Europe, and America, greatly influenced his role in efficiently managing the financial package and government budgeting procedures, in relation to the support systems required by the Indonesian armed forces.

Meanwhile, in his scientific oration Adnan Ganto conveyed about the 2008 Global Financial Crisis and its Impact on Indonesia’s Economic Growth. In his presentation he mentions the 2008 global financial crisis started from the Housing Credit Crisis in the United States which caused some Banks in the United States to experience liquidation. The crisis then spread to the Global Financial Crisis and had a negative impact for Indonesia. As a result of the continuing volatile global economy due to the debt crisis, Adnan hopes Indonesia needs to control foreign loans measurably. Increasing foreign debt, according to him, could be a threat in the future, especially when the rupiah weakened against US Dollar.